Okay now we know what Docker is but wait, we still don't know the background work which is done to make docker running. Who creates a container in background and who controls it, what makes everything so easy.

Container in IT world is an Isolated area of OS which is bounded to limited resources.

If you see the above image, we have namespaces and control groups, these are just kernel level stuff. you will find more detail below.

Control Groups: Control groups, usually referred to as cgroups, are a Linux kernel feature which allow processes to be organized into hierarchical groups whose usage of various types of resources can then be limited and monitored.

In image above, we have 4 containers, which are isolated from each other using namespaces. And these isolated containers have limited resources applied to them using control Groups. I know it seems easy because Docker has made it easy via its Docker Engine.

Lets talk about it in detail: Namespaces are like hypervisor technology, see below image and if you notice then hypervisor creates multiple virtuals machines which act exactly like a computer having its own hardware as it shares the base system hardware resources and on other hand Namespaces provide us with virtual OS in containers where each container is exactly like a regular OS and all the container are isolated.

In Linux we have the following Namespaces. 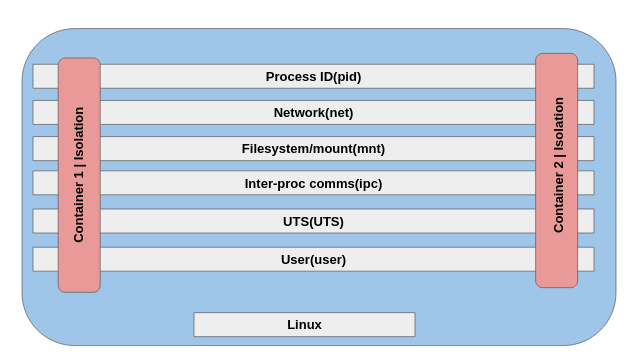 So container 1 here has its own process ID table with PID,

And as Namespaces are known for isolation so each container has its own secure boundary. Container 1 can not know that there is another container also running on the base machine.

PID : It gives itw own isolated process tree, complete with its own PID one.

Network(net) : Each container is given its own isolated network stack

Mount: It gives a container its own root file system.
So on linux we will have /

UTS: It gives every container its own hostname

Now we know what is namespace, lets talk about use of control groups

Look into image below and assume that container 4 is used for some heavy work and is using all the system memory, then It might make other conatiners slow. So to control that thing we have Control Groups. Control groups assign and manage that how much memory and system resources need to be allocated to one container. 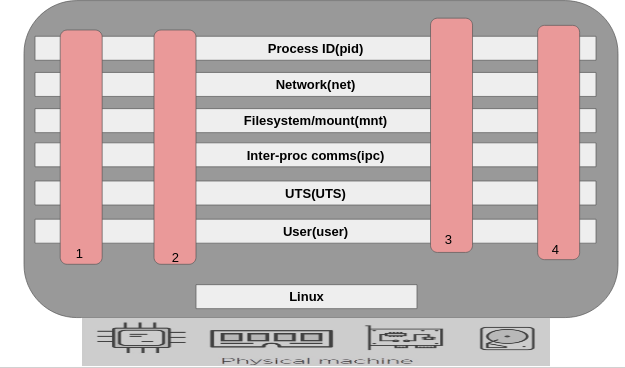 So Docker uses control groups to manage all these things, the below picture explains well. 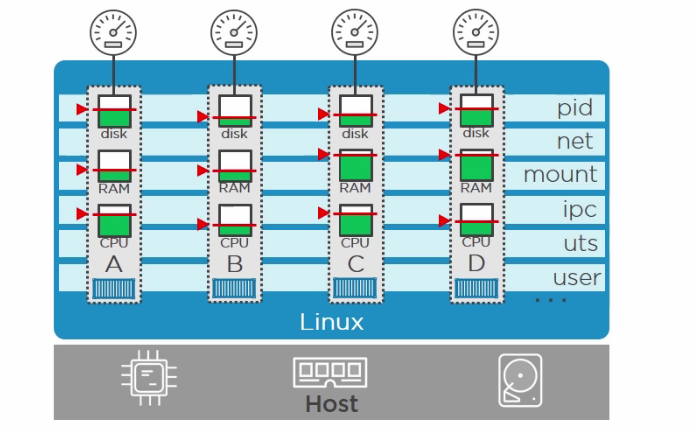 Its the Docker engine which manages everything like, generating a API request for client, handling kernel level stuff and creating containers. 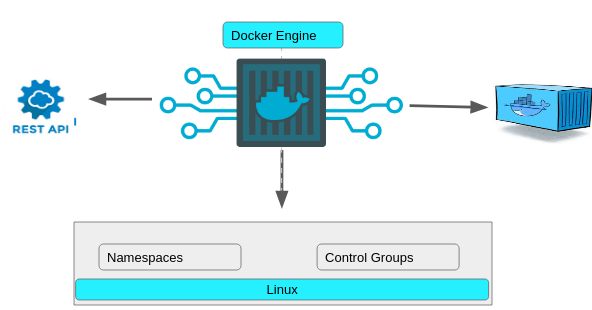 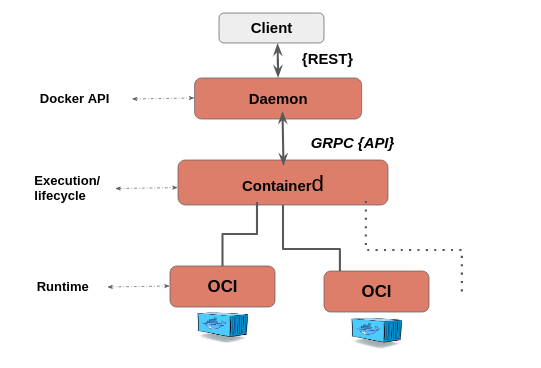 OCI(Open Container Initiative) : Under OCI we have RunC which helps in Interfacing with the kernel for Namespaces and Control Groups

Lets relate this backend architecture while considering example of creaing a new container.

For more understanding, follow image below with above points 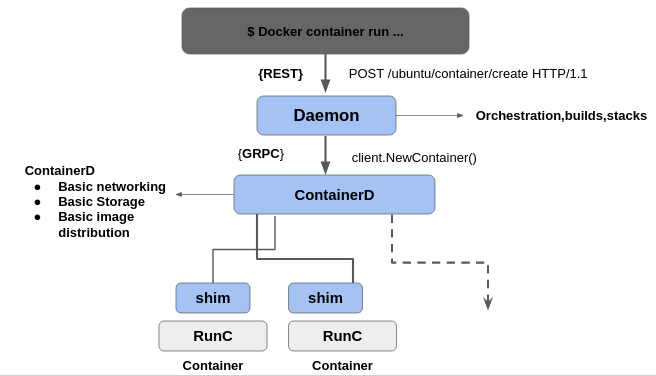